Too Much, Too Late 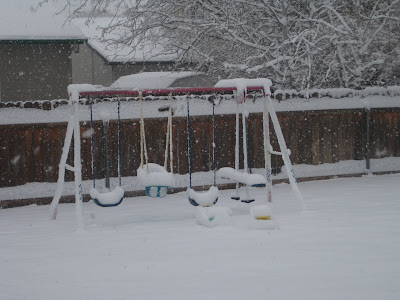 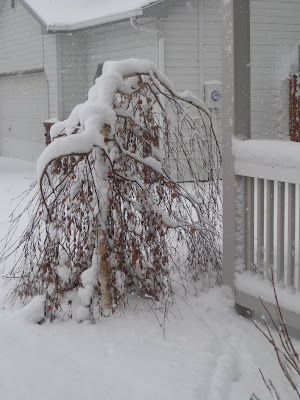 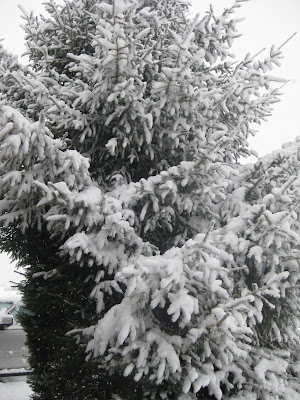 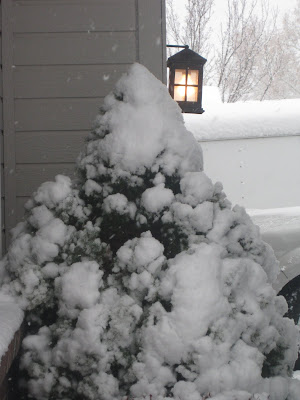 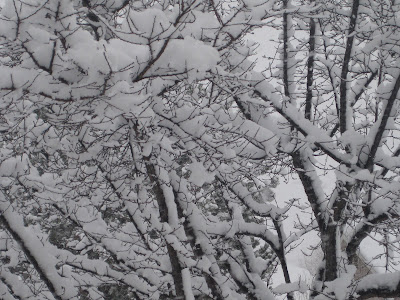 I know the saying is supposed to be too little, too late, but the problem of having zero snow so far this winter morphed into snowdemonium (that's supposed to be a play on the words snow and pandemonium, although it doesn't quite work when I see it typed out LOL). It's just dumping here! The roads are so slick! The ironic thing is that the valley is getting all the snow, because the clouds are so low, and the mountains are getting nothing. The kids (and James) are going through ski withdrawal, and this storm was supposed to be promising for Bogus, but so far at least, not so much. It's pretty, I have to say, although I would have appreciated it much more a month ago, grr. I hate having brown Christmases. About another inch has fallen since I took the photos this morning, and it's still coming down. They are predicting rain later in the day, as it warms up. It would be just oh-so-Idaho to go from this back to nothing on the ground in 24 hours.

Well, looks like you now have more than us, never thought I'd be able to say that!