There is no rhyme or reason to this thread, just random pictures I've had for the month of March.

This is spring weather in Idaho - I took this photo two Saturdays ago when we woke up to dumping snow. Pretty in December, not so pretty in March. I was so cranky about it. Late snow is depressing especially after you've gotten a whiff of spring weather. Luckily it melted off later that day and we haven't seen any since. And then we have some assorted "Cecily eating" pictures, because that's what it seems like she's usually doing. She loves waffles and those super-expensive Gerber Yogurt Melts best. Then we have Cecily's first mini-pigtails from Sunday. It took about three times to get each one in but she was so cute that it was worth it. She's got hair just like the rest of the children - super fine and slick, so it's pretty hard to work with. Oh, except for it's medium brown color, which is so unlike the other kids at this age. I'm so excited to find out whether the new baby is another brunette or if we go back to having blondies. And, finally, an updated pregnancy pic, even though it's terrible. Could my hair BE any flatter? (((sigh))) At least you can't see how badly it needs a coloring. Oh well, bills before beauty, right? This was from Sunday, so I was 21 weeks. Posted by The Merry Band of Fife at 7:56 AM 1 comments 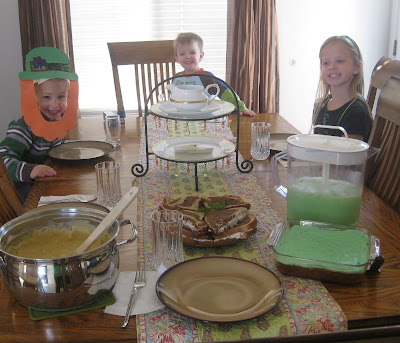 Okay, since it's food I don't think it actually qualifies as crafty, but it's as close as I get. I made a special St. Patrick's Day themed dinner yesterday and the kids (mostly) thought it was great. Our menu consisted of Corned Beef & Dill sandwiches (surprisingly good - although Ian thought it was weird that we were eating "grass"), Pot of Gold potatoes, Blarneystone bars with green frosting, and Leprechaun Lime Drink. Believe it or not, Ian ate his entire meal wearing the leprechaun hat and beard he made in school that day. So, St Pat's down - next is Spring Break, and then Easter, yikes!!

Posted by The Merry Band of Fife at 8:24 AM 1 comments 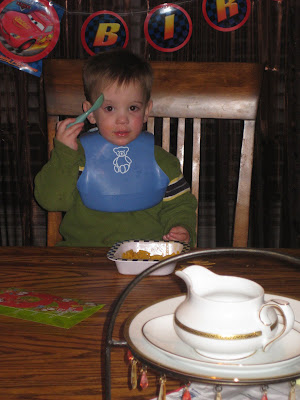 I'm a big fat contradiction. I hate with a passion the song Tik Tok by Kesha. Hero loves it. I think it has a horrible message and glorifies excessive drinking (what popular song nowadays doesn't? sigh). So I always complain whenever it comes on and she's around. BUT Colin LOVES the song and he sings along to the chorus part and it's so adorable that if Hero's not in the car I'll crank it way up and encourage him to sing along to the "Tik Tok on the clock and the party don't stop" part. I'm such a hypocrite, I know.

Posted by The Merry Band of Fife at 4:35 PM 1 comments 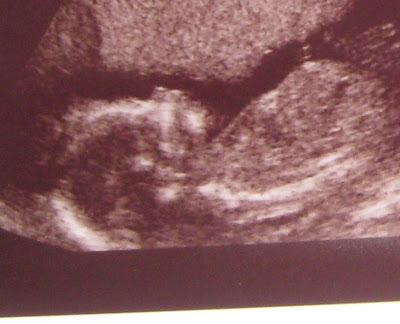 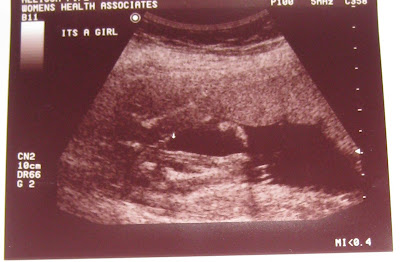 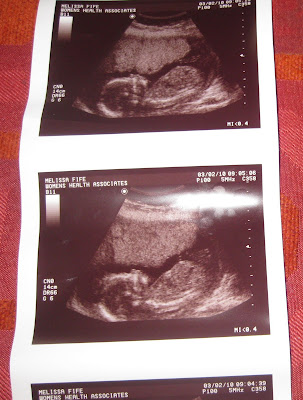 We have met the halfway point in this pregnancy which is CRAZY! We had our anatomy scan last week and I'm so surprised that basically I've gotten my gender "preference" for the last four babies. Isn't that unlikely? Of course any healthy baby would have been completely fine, but I was hoping for a girl for Cecily's sake and for our sake. So, happily, Cecily will have a little almost-Irish twin sister and our sixth baby will not feel out-of-place in her girly clothes and accessories LOL. Everything looked great - baby was measuring right on schedule and weighed 9 ounces (smallish, but in the normal range, and to be expected since I don't have big babies). She was squirming lots but we got good pics, except for of the face - the placenta is attached in the front of my belly right now, so it was kind of in the way, but it does explain why movements are pretty infrequent still. She has a name (I think) already, but we're planning on keeping it a surprise til birth, at least as of right now.

Posted by The Merry Band of Fife at 7:17 PM 2 comments 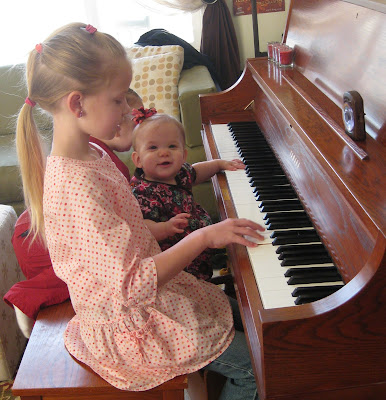 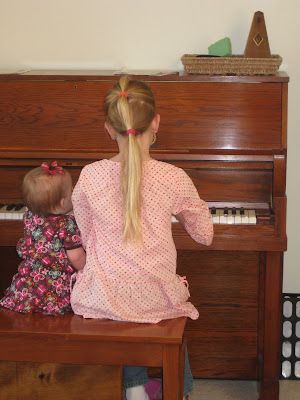 What a busy weekend Cecily had! In the course of pretty much three days, she cut her first tooth, learned how to get herself into a sit, shook her head back and forth for "no", and started pulling up to stand. She's bound and determined to grow up, I think. I so cherish my little angel who's going to be a big sister in less than 150 days.

Posted by The Merry Band of Fife at 3:41 PM 0 comments