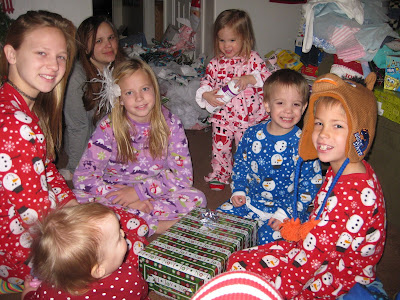 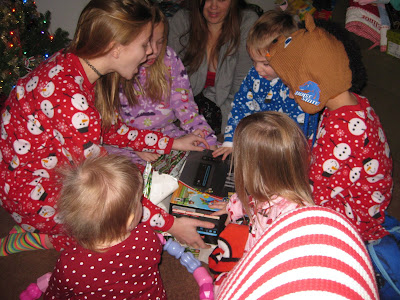 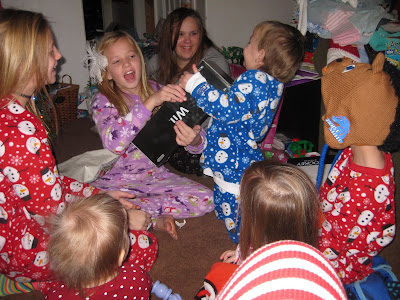 This is my second-to-last Christmas post, I promise! After we finished everyone's individual gifts, we had one last family gift. First, though, you need the backstory. We were one of the last families on earth, I think, to get a Wii. We were still rocking both the original NES, and the Nintendo 64 (we bought that one as a new, young college couple with no cable and little to do in our free time - sheesh, doesn't that sound like a little slice of heaven in retrospect LOL). Well, finally, we caved and bought a Wii for Christmas (I'm wanting to say it was 2 years ago). The kids loved it, as you'd expect. After a mere 18 months or so of use, Colin broke it. It was broke, broke, broke too. The second half of summer break got really rough, really quick, let me tell you. Hero was the worst off, as she had JUST gotten a brand new Wii game as one of her birthday presents, and it had been sitting, still wrapped, up next to all of our Wii games. When your kid breaks something as expensive as a game console, you get disgruntled (or at least, I do). So, we've been Wii-less for six months. The kids assumed it would be forever. But, at the last minute, James (my super deal-scoper) found a great deal on one. So, there was a new Wii under the tree for Christmas and the kids were ecstatic. I, on the other hand, am still having some mixed emotions about it. But, I do enjoy me some Just Dance, I will admit. Oh, and I beat Hero on one of the songs on JD3. So there ;-P

Mommy still has it! Now just don't let Colin anywhere near the part where the disk comes out, lol.