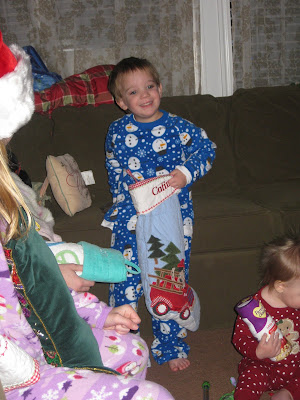 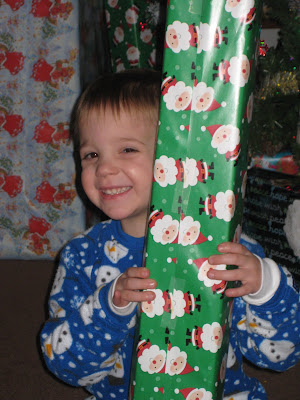 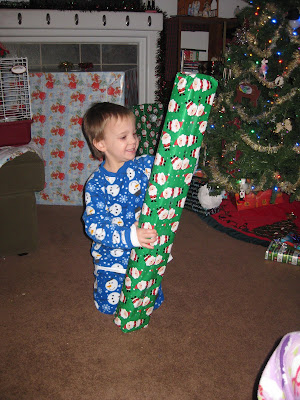 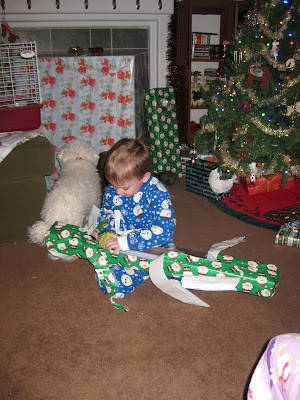 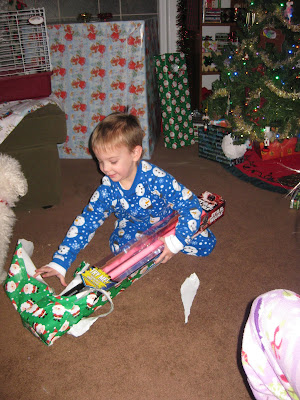 It took nearly the whole month for Colin to settle on the gift he wanted from Santa - a Darth Vader lightsaber. Apparently he'd gotten in trouble a few too many times for sneaking his brother's Anakin Skywalker lightsaber, so he decided he needed one of his own. He didn't want the green Luke Skywalker one either - only the red Darth Vader would do. Santa was too tired to package creatively, so the moment Colin saw his gift in the morning he knew exactly what it was. We debated whether Colin was "allowed" to ask Santa for this, given his propensity for naughtiness and his close proximity to his younger siblings, but, so far, the light saber has only been put in timeout twice since Christmas. I can't claim success with the stocking treats, though - the morning after Christmas the other kids found nothing but sticks left of their Spongebob Krabby Patty skewers, except for Colin's, which was far too coincidental, and I did eventually wring a confession (and apology) out of him.

Somehow it fits for Colin!