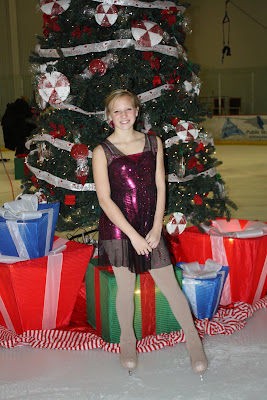 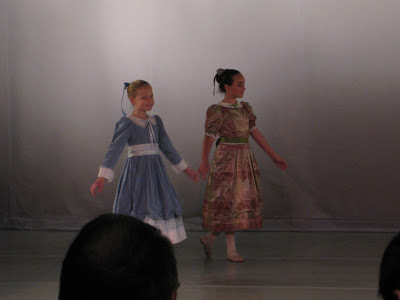 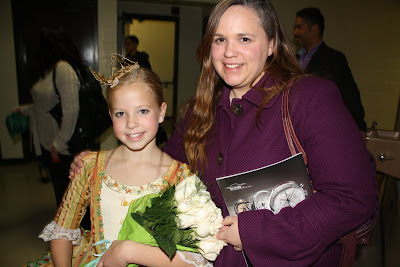 I missed blogging for the month of December because it was too busy, and I was having too much fun, in the middle of the month, with actually having my mom here in person (because, let's face it, she's just about the only one actually reading this blog). The start of our secular Christmas activites was The Nutcracker - the culmination of three months work of hard work and dedication by Allegra (with a heavy dose of chaffeuring by mom and dad). Allegra was delighted to be in the Garland Dance during the party scene. She also was a mini-Marzipan and it's always a pleasure to see her in the absolutely fabulous Mini-Variations costumes. James and Hero attended a dress rehearsal of the Garland Dance (as you can see from the picture - she doesn't have her ringlet hairpiece or makeup on), and my Mom and I had the great pleasure of seeing the actual show on the 11th (at $55 a piece plus fees for tickets, we've whittled down the attendance to just two every year). That same weekend, Hero had two holiday ice shows. The theme was Broadway on Ice, and so she got to wear a sparkly minidress costume. We chaperoned the first show (man, I do not like large groups of girls, I can tell you that), and then the whole family attended the late show. It was absolutely packed, which was good to see. I think that weekend was one of the craziest of my life!

I read too! It's not just your mama!

See, I'm not the only one who reads your blog. That was the best PXmas in a long time!