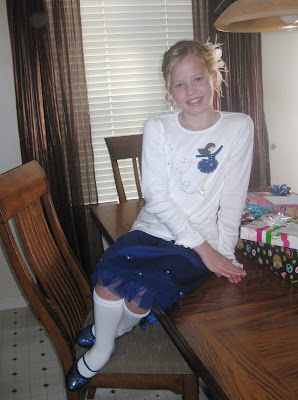 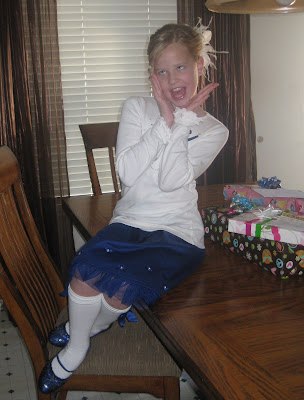 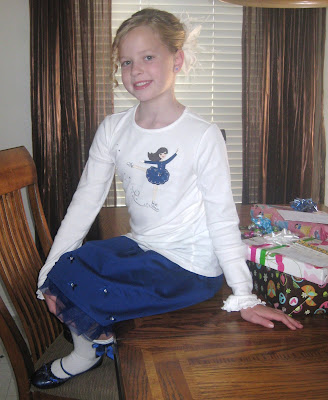 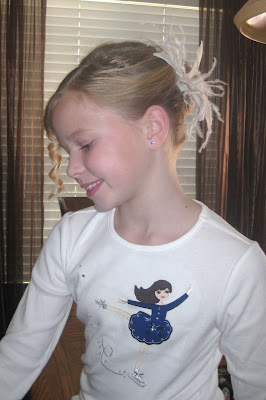 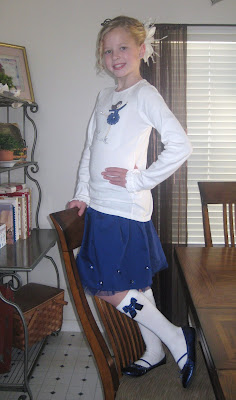 I'm still playing catch-up, but at least I've moved on from Christmas. I know, I know, it's already February. This year was a low-key birthday for Allegra. We went to the restaurant of her choice mid-week for lunch (Chinese Buffet), and then on New Year's Eve we had a party with balloons, a random assortment of requested food (pizza, cheese fries, macaroni and cheese - do you notice a theme of tan-colored food?), party games, presents, and an angel food cake with strawberries and whipped cream. James had to work that night, so the first half of the evening was spent with Nana and Papa and Aunt Jennifer and Oriana. Allegra was very patient, since she had to wait until 10:30, when James finally got off, to open her presents. She was so excited about turning 10 - the double digits are apparently a big thing. She started off her birthday in full-on Allegra mode, wanting to do a "photo shoot" in a new outfit. She's such a ham!

Love the photo shoot pictures and what a cute hair thing too. So glad you had a fun tenth birthday, Allegra!