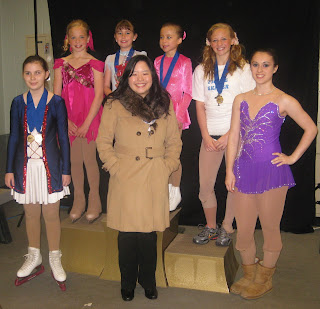 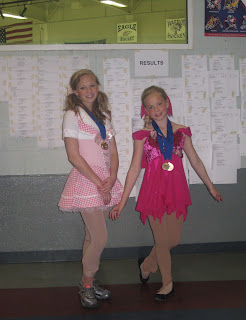 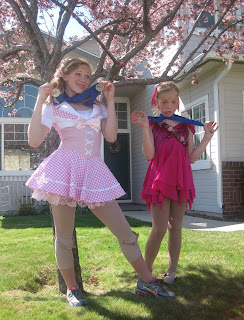 Mugging for the camera 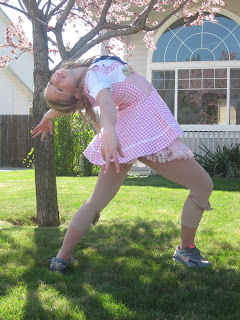 
I'd like to think that all of my kids are, but Hero and Allegra are officially champions.  They each won two gold medals in the Boise Ice Classic skating competition.  The also passed their first Moves in the Field tests (don't ask me to explain all this stuff properly - it's complicated - basically in order to compete at certain higher levels you have to pass tests).  The competition was pretty stiff, so they definitely had to work for it.  I'm so proud of their achievements and it's super fun to watch them on the ice (although I will admit that I get SO nervous while they are out there).  Cecily wants to start skating now too, ooy!  We'd better find the proverbial money tree pretty soon.

Congratulations girls! Wow - what talent! Piano and ice-skating ... what else?!

Melissa - I enjoyed the song that you posted a few days ago. I had never heard it before. I am oh so ready to "get where I'm going!" Even so, come, Lord Jesus!