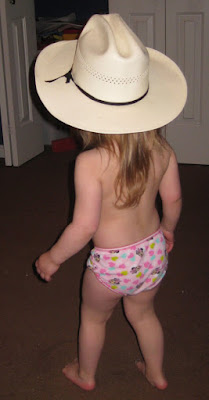 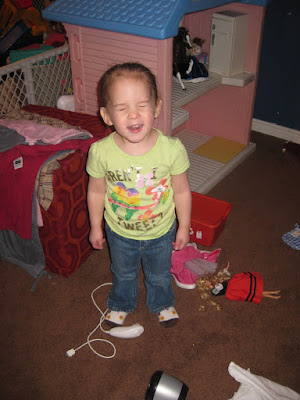 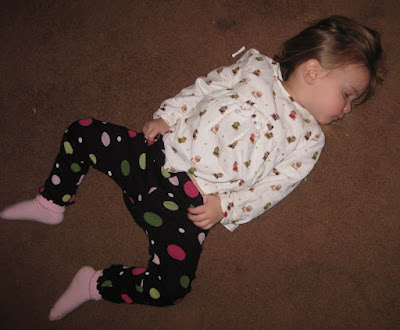 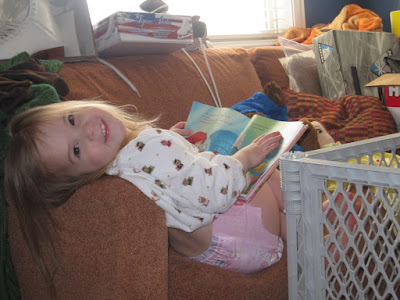 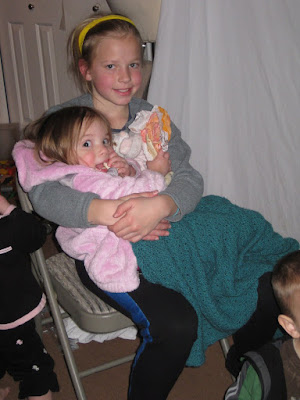 Cecily is a bundle of contradictions -she's an absolute spitfire, but at the same time she's super cuddly and will often climb into your lap for an extended snuggle. She's vivacious and tenacious, but also has very sensitive feelings (unfortunately Elle's picked up the word "Dumbo" and repeats it with abandon, tagging a sibling name onto it and she brought Cecily to tears one night while they were going to sleep by blurting out "Dumbo Ceci" over and over again - I wasn't quite sure how to handle that one as a two year old doesn't quite understand the concept of ignoring). She's obsessed with Allegra, animals (poor cats - she won't leave them alone), and NOT napping (hence the falling on the sleep when I was teaching this week, even in the middle of a small room full of kids). We just registered her, officially, for preschool this week. Hopefully we'll get all the kinks worked out of potty-training over the summer. We kicked the nuk habit - somewhat inadvertently, as she lost all of them and, after the first night without one, kind of just forgot about them. I totally stressed over getting rid of the nuk for nothing. I can only dream that potty-training will be that simple. She's presenting me with a brand new challenge - whereas her older siblings were quite content to wear pull-ups interminably, she doesn't want to wear them and loves to wear panties, but will pee and poop in them with abandon. I guess it's positively providential that we haven't replaced our ugly carpets yet (((sigh))).

I so wish Connor could get over his love over the binky that easy too. Such cute pictures!