Sometimes I go for days (or even longer) without making a post.  It frustrates me (and I know that it's discouraging to follow a blog and see no activity for weeks) because it's not for lack of material that I don't write more frequently, but for lack of discipline.  Too often I have dozens of ideas floating around in my head, and my brain ends up resembling the frantic but ultimately pointless hamster running on the exercise wheel in his cage.  This morning, at the dark and early hour of 5:30, as I was on my walk, I prayed for God to prompt me about what to write today.  I've still got the chaotic swirl of ideas swirling beneath the surface, but one topic really stood out to me today, so that's the one I'm going to tackle.  And, as often happens when I begin to really quiet myself and begin to process and right - I've realized that this topic is not to be dealt with in one post.  To do it justice, I will write a series of posts on the topic. 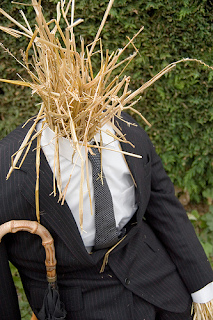 With the tongue we praise our Lord and Father, and with it we curse men, who have been made in God's likeness.  Out of the same mouth come praise and cursing.  My brothers, this should not be.
James 3:9-10
I'm a decently educated woman.  I attended a secular college and, having a liberal arts focus on my music degree (rather than a strict performance or teaching focus), I had the opportunity to take lots of upper level history and philosophy classes.  I cannot fully articulate the gratitude I give to God for guiding me down that path.  I think so much fear, rigidity, and oppression I see in fundamentalist Christian circles is due to a lack of a broad-based education.  Humans are programmed to fear that which they don't understand.  And that fear sometimes turns into an extremism.  That extremism has manifested itself in many facets, and so broadly that I can't tackle it in one post, hence I plan to do a series on the subject (that was positively God-inspired, because the thought didn't even occur to me prior to this morning).  Today, I want to tackle the umbrella issue - The Fundamentalist Christian's Straw Man.  I am a Fundamentalist Christian.  But probably not in the most understood sense of the term.  I believe in the fundamentals of faith.  I'm an absolutist.  I wholeheartedly reject any doctrine that smacks of relativism or universalism.  But beyond those things, I reject the label as holding any meaning about my lifestyle, my politics, and my view on American culture.  In doing so, and in combination with my education, I view things through a slightly different lens than many of my Fundamentalist Christian sisters (and brothers).  And what I see is often not good.
I see that many devout Christ-followers have created a Straw Man that they repeatedly and fervently beat with the stick of unholy righteousness.  That Straw Man is a corruption of modern American culture.  Of course it stands to reason that the Straw Man bears a resemblance to reality, that's an integral part of the concept of the straw man.  But it's only a hollow shell, a Frankenstein creation that's patched together with the worst tidbits of society, half-truths, and persistent and pernicious myths.  This misrepresentation collides with the devout Christian's penchant for insidious and malicious nostalgia.  I understand nostalgia, and it doesn't have to be bad.  I've always felt a love for eras past.  I've often complained, in jest (hey, what can I say, I like indoor plumbing and not having to butcher my own animals), that I was born in the wrong era.  But, that fascination has to be tempered with a healthy dose of reality.  One can't simply plug themselves into a Jane Austen or Laura Ingalls Wilder novel or pop into a pastoral painting and pretend that that was what the past was truly like.  Read the great tragic novels of the past too: Emilie Zola's Germinal will remind you that unrestrained capitalism is not the answer to every problem, Victor Hugo's Les Miserables will help you understand that human justice is a weak, inherently flawed construct, Leo Tolstoy's Anna Karenina reminds us that society's judgement is frequently more vicious and less forgiving than God himself.  Better yet - look to the Great Book itself.  It's full of stories of wickedness and depravity.  And those are the heroes of the faith!  Great acts of malevolence are not a modern American invention.  Neither is sexual immorality, idolatry, greed, abortion, murder, or persecution.  All have existed as long as the earth has been populated with people, and will continue to exist until the Heavenly Father says "enough".  Be vigilant about romanticizing bygone eras.

Another danger that lies in the propagation of the Straw Man is that it inevitably involves deceit. The internet and social media especially allows a half-truth (or even a blatant lie) to spread like proverbial wildfire.  I've been on the receiving end of many a forward email spreading false information or wild conspiracy theories, and have seen innumerable malicious memes posted on Facebook by folks who purport to be Christians.  This cannot stand!  If Christ-followers will not stand for Truth, then who will?  In 1 Thessalonians 5:22, we are commanded to avoid even the appearance of evil.  What a heavy responsibility!  Do you want to know what phrase is not biblical?  "The end justifies the means".  That's the spirit of Prince Machiavelli, not the Prince of Peace.  Think twice about reposting that cutting meme that fudges statistics or misinterprets Scripture because you agree with the general sentiment.  God is not half so righteously angry with the coarse language of one of the lost as he is with the lies coming from the mouths of His children.

The Straw Man is hazardous to our Christian life because it puffs us up with pride.  We've spent time constructing him stitch by stitch to conform to and confirm our deeply held misconceptions and prejudices, and, like any good maker, we know intimately his weaknesses.  So we strike accordingly, heaping scorn and derision on the Straw Man.  We beat him to a pulp and stand on the deflated effigy and declare victory in the name of our Lord.  But what a cheap victory it is - a victory by absentia.  Because the Straw Man is our creation.  Nothing more.  How meaningless that is to the Lord of Hosts!  And then comes the real danger.  We extrapolate our nefarious, patchwork Straw Man onto actual people.  Random strangers, our co-workers, our friends, even our family assume all of the evil-bloated characteristics of our creation.  And, we've already established, in our heads and in our circle of likeminded and "like-lifestyled" devout Christians, that the Straw Man is hopelessly, irredeemably immoral and degenerate, which means that the entire American culture is a lost cause.  But cultures don't exist in a vacuum, as much as we'd like to pretend otherwise.  At its simplest, culture is merely a term for a group of people who share a specific spot on the map.  So, we cannot demonize American culture without demonizing American people.  And that, my friend, we are expressly forbidden from doing.  That right belongs to God alone.

Plainly put, a war is a means of gaining and strengthening power.  A culture war is no different.  But what is power to a Christ-follower?  Power is meaningless.  1 Peter 2:23 says "When they hurled their insults at him, he did not retaliate; when he suffered, he made no threats.  Instead, he entrusted himself to him who judges justly."  We are to die unto ourselves to follow Christ.  In his divinity, he demolished the ancient code of laws and regulations that was but a shadow of how to life a godly life.  Now we must simply follow his example - what freedom and lightness, just as He promised!  There was no need for Christ to gain power, in the temporal sense, and there is no need today for his followers to be so utterly and completely occupied with power.  My fellow sisters and brothers in Christ, lay down your Straw Men.  Lay down your sharp tongues and deceitful weapons.  You are not called to be a cultural warrior.  "But the wisdom that comes from heaven is first of all pure; then peace-loving, considerate, submissive, full of mercy and good fruit, impartial and sincere.  Peacemakers who sow in peace raise a harvest of righteousness."  James 3:17-18.