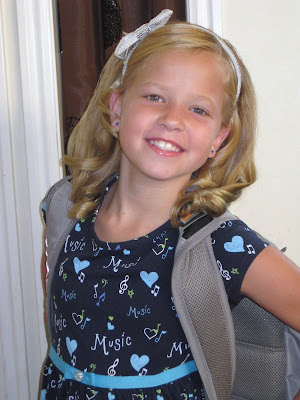 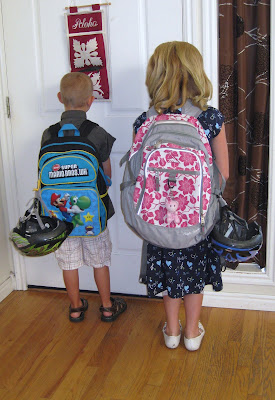 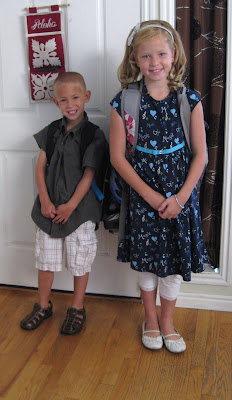 The new school year thing has been getting passe lately, but this year we got to experience a first: we sent our first kid to Junior High! Wow, that is still weird, two months later. Hero is a 7th grader at West, and she's doing great (although I'm still having to adjust to the thought of her going to dances and wearing mascara). It's been an adjustment to get used to the uniform thing but it's worked out fine (except for the fact that she changes the moment she gets home, so I'm now having to do more laundry, grr). Allegra started 4th grade at Maple Grove and it's going swimmingly. At parent-teacher conferences her teacher told us that she's extremely capable and he sees her being able to do anything she sets her mind to, as an adult. Ian is in 2nd grade and he has Hero's 2nd grade teacher, whom we love. He's really taken off academically, and although he's a bit quiet in class, his teacher says that all his classmates adore him. Colin in is his second year of preschool and it's so funny to watch him become a quieter, more well-mannered child the moment we step through those doors. Hopefully it stays that way. It's hard to believe that Cecily will start preschool herself next year!