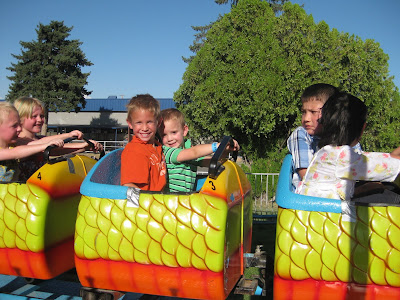 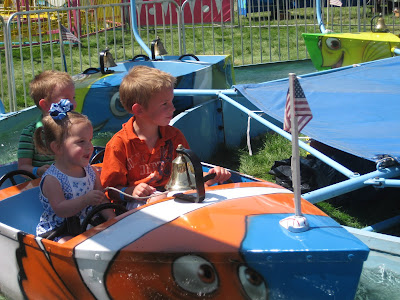 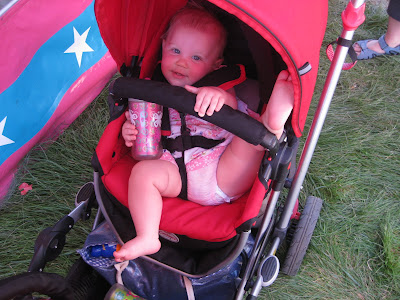 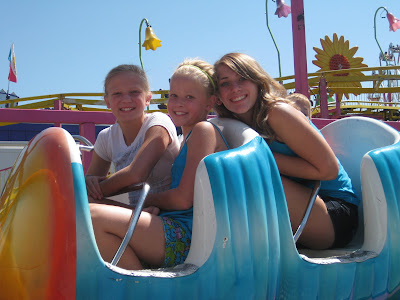 I can't believe I missed an entire month! James has a new job, which is a HUGE blessing, but it's been a bit of an adjustment, and we're still working on it. I think that, combined with the increasingly busy school and extracurricular schedule really has thrown me for a loop. I'm so horribly behind, but I'll try to catch up quickly. Back to August, where I left off, the last big end-of-summer hurrah for us is the fair. This year was easier than last year (trying to deal with a newborn and new walker) but it was still a challenge. I remind myself that it's going to get easier with every passing year. We lost (not literally LOL) the big girls for most of the afternoon as they did their own thing riding all the big rides. It's hard to believe that the two of them were the ones riding the little tiny kid rides with us and now here we are doing it again with Colin and Cecily. Ian is in the in-between stage, which is frustrating for him (too big for the "kiddie" rides, but not tall enough for the bigger rides). It was hot, hot, hot too. Ice cream does wonders to keep kids happy, as long as I can ignore the mess.