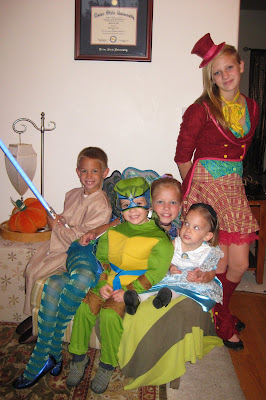 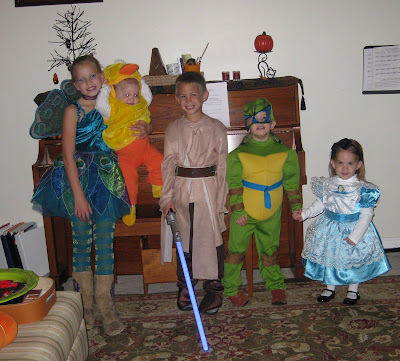 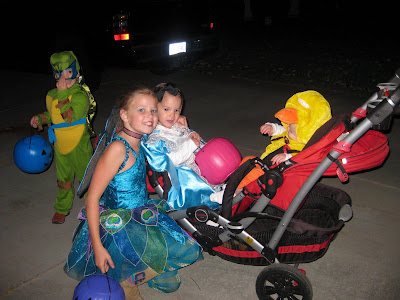 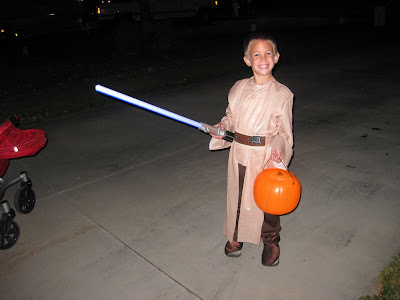 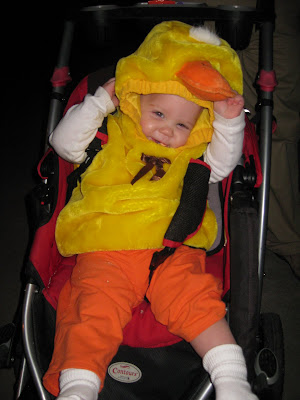 Halloween found us down one kid, as Hero is now too cool to trick or treat with her siblings, and instead went with some of her friends in the subdivision. Luckily they wore their costumes for the piano recital a week prior, so at least I have a picture of her. She was a Mad Hatter, Allegra was a Peacock, Ian was Luke Skywalker, Colin was a Teenage Mutant Ninja Turtle, Cecily was Alice in Wonderland, and Elle was, of course, a duck. We took the big double stroller, and Cec treated it like her own personal taxi - she refused to walk from one house to the other, no matter how many few steps it was in between the driveway. It was a pretty mild night, and we trick or treated for about an hour before Elle got too cold (since she can't walk yet, she was confined to the stroller and was being bribed to be good with Smarties).