I so wanted to have this put down in writing, but I didn't want to actually do it.  How's that for not making sense? lol  But my need to document things outweighed my laziness, so here it is (drumroll, please): Graeme Paul's Birth Story

In reflection, I feel almost as shocked by my first natural (the hospital staff considered nitrous usage to be still classified as a "natural" birth, I'm sure others disagree, but whatever you want to classify it as, it was definitely a non-epidural birth) birth as I did by my unexpected c-section with my first.  It was a wildly different experience than I'd dreamed it to be, and from what I heard nearly every other woman describe it as.  I felt traumatized by it, mentally foggy, and not entirely present.  My brain handled the pain by withdrawing from the situation and that lasted clear through the actually delivery part, which I didn't expect.  People usually cite wanting to be fully present as a reason for seeking a natural childbirth, and the irony of this birth was that I actually felt LESS present than in any of my other previous births.  I entered into this animal-like state of existence, and wasn't fully cognizant of what was going on around me.  I feel a bit like a non-participant in Graeme's birth.  Clearly, I'm going to have to work through some stuff, and my feelings of trauma have lessened already as two weeks have gone by.  I absolutely adore my little boy now (way more than I have with previous newborns), but I feel like an anomaly - a woman that desperately wanted, but ended up hating natural childbirth.  In fact, it kind of makes me feel guilty typing that out!  But, the take away, as always, is that I've learned more about the world and more about myself.  And my precious son is worth it. 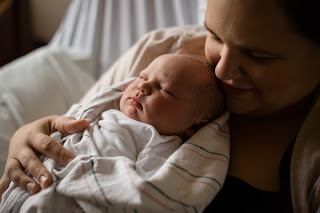 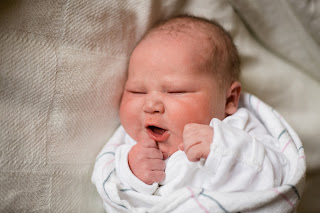 My only epidural was with the twins' direction for transverse lie. The others were varying degrees of natural. I think what you experienced sounds pretty common. 2 of mine were 8-3 & one 7-15. It will fade altho #3 being born sunny side up made me pray for a section with the twins & they cooperated!

Thank you for posting Graeme's birth story. I can understand where you're coming from. I've done one epidural birth and the other two natural. Samara's birth was a bit traumatic and scary too. I questioned going the natural route before she was born. Maybe that was a mother's instinct kicking in? Not sure, all turned out well in the end though. Glad you are enjoying your handsome little man. They are definitely worth it!