It was my mother's wishes to be cremated upon her death.  Deciding what to do with her ashes was a process that took over a year to happen.  A small bit of them were kept in Wisconsin, where she was born, raised, and lived her entire life.  They rest close to Dad, her parents, and my brothers.  We had the privilege of spreading another small portion here, in Idaho.  Mom loved Idaho - in fact, she'd said to me that if she couldn't be laid to rest in Hawaii, that she'd like to be scattered from Bogus Basin, our local mountain and a place she and Dad visited nearly every time they were here.  Although we were able to honor her request for a Hawaiian burial (more on that to come), we decided to scatter a few ashes here.  We wanted to do this as a family, so we waited until my Dad and brothers and their wives and our niece flew out to Idaho in July.  Then we drove up to Bogus and hiked up to a a nice high spot.  She loved the view of the city from up there, and that's exactly where we laid a portion of what remained of her earthly body to rest.  It was emotional for everyone, but the moment was peaceful and God-filled.  We took a few pictures and as we were getting ready to leave, Allegra picked a wildflower and laid it on ledge from which we'd sprinkled her ashes. 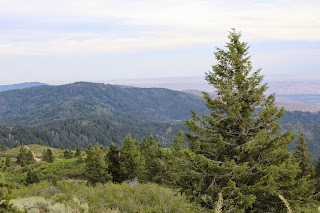 A view of the mountains and foothillls to one side 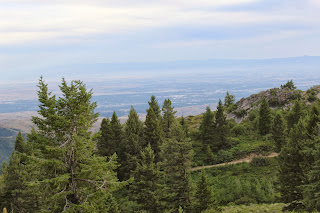 A view of the city to the other 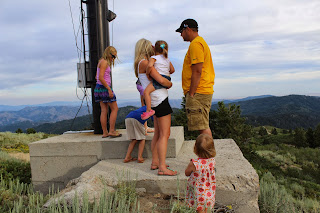 The kids with Uncle Ryan and Aunt Liz 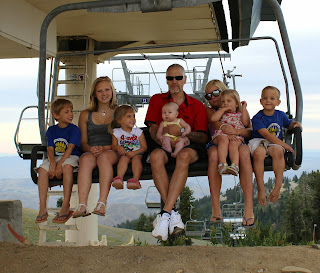 Grandpa and all his grandkids - our six plus cousin Phoenix 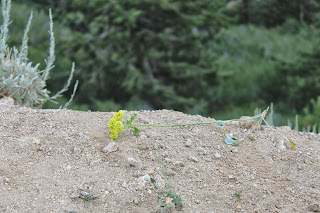