On Thursday Dad surprised the whole family with a trip to Green Bay. We got to visit the Hall of Fame, tailgate outside the stadium, and then attend the preseason Packers-Browns game. It's only the second game in Lambeau James and I have ever been to, and the first game the kids attended. Of course, we're not going to talk about how the Packers played (terribly), but that's okay, because with a 2 year old and a 3 year old and steep bleachers, you don't pay as much attention to the game as you usually would LOL. It was so, so much fun, and I hope it's a memory that the kids treasure forever. And they are champion yellers of GO PACK GO! 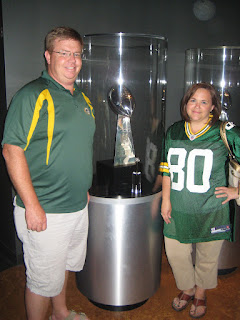 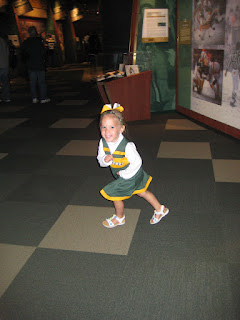 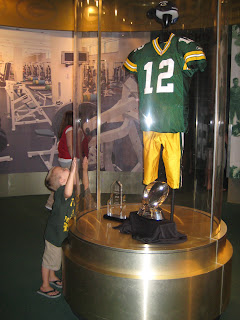 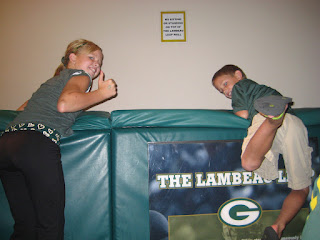 Allegra and Ian successfully completing their Lambeau Leap (with some help, of course - it's really hard!) 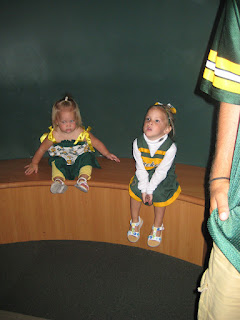 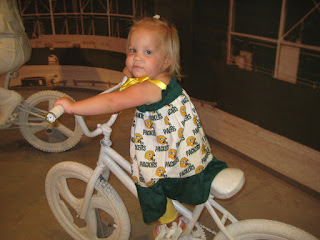 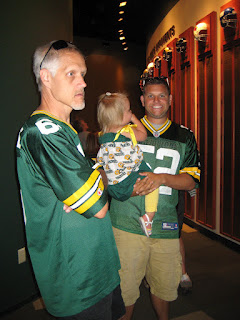 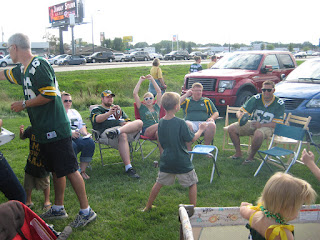 Tailgating and playing a little toss with the mini-football 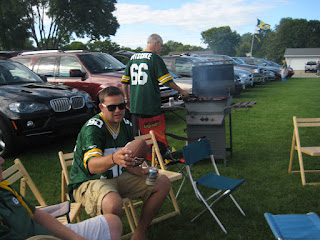 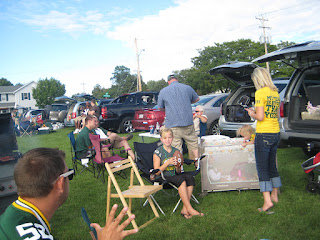 Pack n Plays come in handy for tailgating too - who knew? 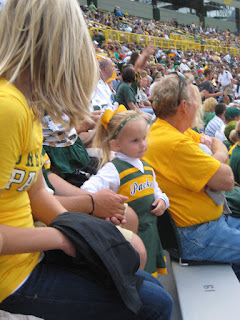 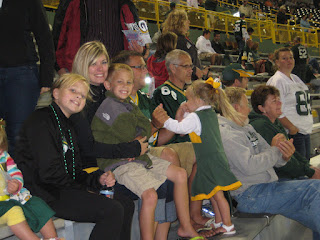 Some of the crew: Allegra, Aunt Liz, Ian, Uncle Ryan, Cecily, Grandpa, and then you can see the side of Uncle Troy's head, and Aunt Becky is standing up in the white jersey

YAY!!! Go Packers!! Your kids are sooooo cute in their Packer gear!

Cecily was adorable in her Packer gear on Wednesday evening for AWANA....I had a feeling that she might be wearing green and yellow that evening. :)

Boy how time flies! I'm glad we had a chance to see and do all those things. One day at a time and we'll make it together. Looking forward to Nov. Love Dad