So I have decided to try my very best to add in some exercise daily. Kind of the cherry on top, I guess. I've been doing the Wii Fit (since that was the whole reason we bought it) for two days and it's surprising that something so basic has made my legs feel all trembly and jello-y. But I kind of like that feeling - it let's you know that you actually worked out some muscles that you don't normally work. 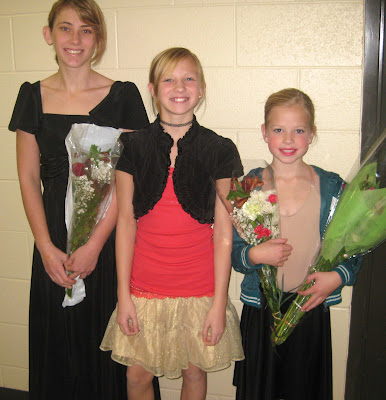 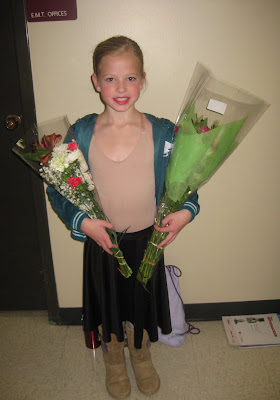 To backtrack to December, let's first hit The Nutcracker. As Hero is no longer in ballet (and Hero's mom is still trying to come to terms with this) she got to be in the audience this year for the first time in five years to cheer on her little sister. Allegra is Nutcracker-obsessed. She dreams of being Clara, and we had to watch her dance all of the various roles for the entire months of November and December. Her official roles were Party Scene and Marzipan in the Mini-Variations. She was just all aglow and we had such a good time watching her and the production at large.

I'll bet if anyone will be Clara it will be Allegra! She is good at everything she does, just like all of my grandkids!