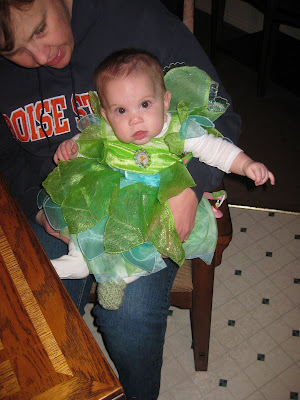 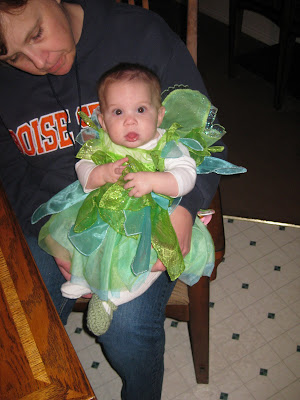 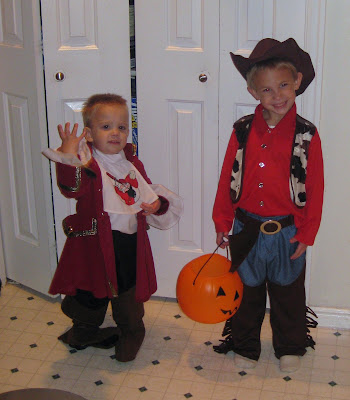 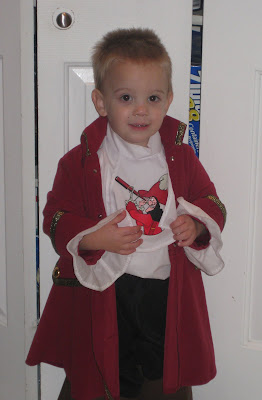 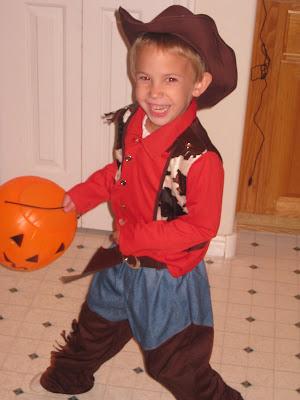 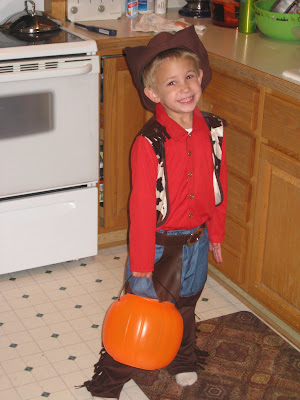 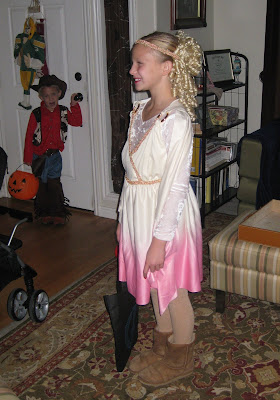 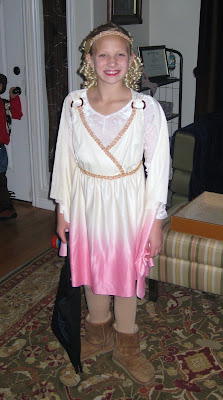 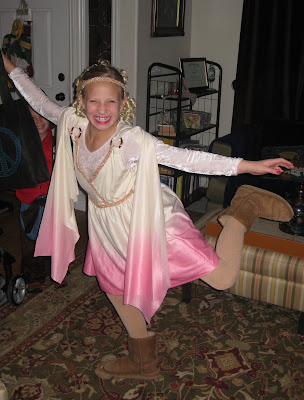 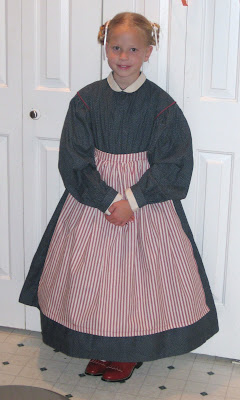 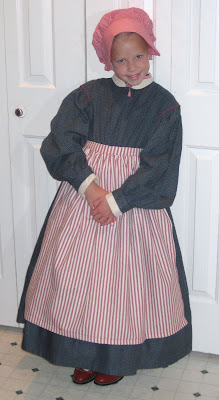 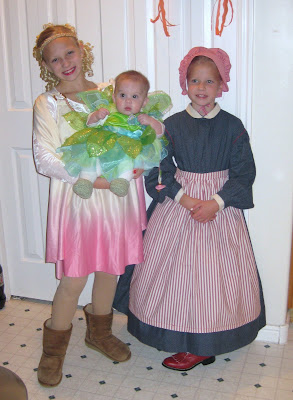 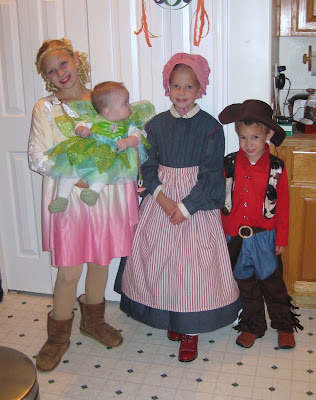 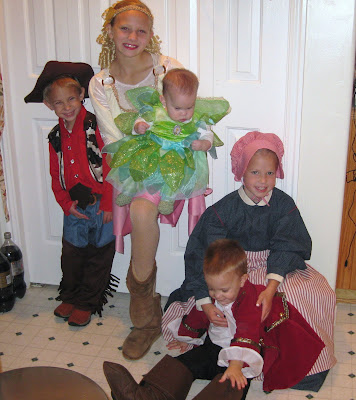 Well I'm a tad late getting this on, but better late than never, right? It seemed strange to have Halloween on a Saturday - just the luxury of having the entire day to prep, I guess. The morning started with picking up the girls bright and early from an event called A Sleepover with Miss Idaho at the Red Lion hotel downtown. They (so I hear) had lots of fun getting makeovers, eating, and watching movies with about 60 other girls on Friday night/Saturday morning. Then we had Nutcracker rehearsals in the morning and a Boise State game in the early afternoon. Hero carved all seven pumpkins that afternoon. I'm so relieved - pumpkin carving is not my favorite thing. It becomes quite a daunting task when you are talking about seven LOL. We managed to get up our outside Halloween decorations right before it got dark (oops). Then we had a nice dinner (thanks Mom!) and the festivities began. Cecily got ready first - she was dressed up as Tinkerbell (she was covered in the glitter from the costume for two days LOL). Colin was Captain Hook, minus the fantastic hat that goes with the costume that was no where to be found, of course. Ian was a cowboy, and judging from all the mugging for the camera he did, he was quite proud of his costume. Allegra was the American Girl, Kirsten, and I personally had a soft spot for her costume. She wore a handmade dress that resembled the dress Kirsten wears in the first book, as well as a striped apron and gingham sunbonnet. Oh, and I had to complete the ensemble with the cutest red lace up boots. I even did her hair in the little put-up braid rings. She was SO cute. Hero was a Greek goddess and she was very fortunate that it was such a warm, perfect night for trick or treating. Really, the weather couldn't have been better if we'd custom-ordered it. It was almost balmy, and completely dry. We stayed out (well, the three older kid - Cecily and Colin turned in pretty early) until 9:15 tricking or treating.

love all the halloween costumes! Looking forward to seeing your precious kids at Christmas!