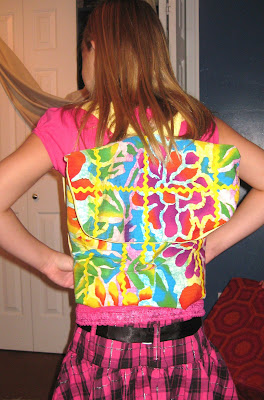 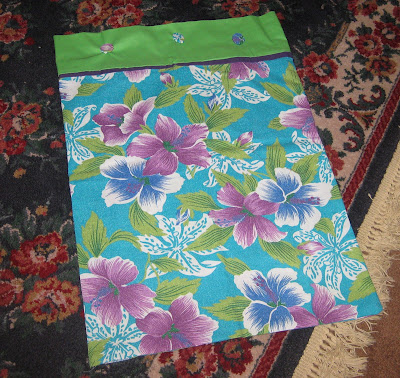 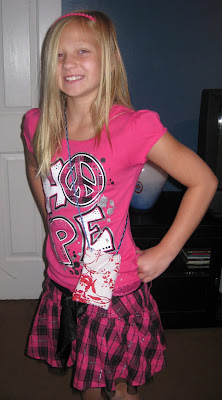 Sewing class was really fun this year. I took two classes beginners and beginners plus. The first class we made a very cute pillow case with covered buttons and a cellphone bag. In class we also had to do a lot of ironing. I only had an hour between each class and every time we went to this really awesome bread place called Great Harvest which gives out these huge samples every time you go. So for the second class we made this backpack (very cute). It also had one covered button. For the covered buttons I was the only one who knew how to sew the covered button in in my class (and thread the needle) other than the teachers. So everybody was waiting at the teacher and I to sew their buttons on. Ya I pricked my fingers many times while sewing the covered buttons on but everything was fun! The only problem was that when I went to Wahooz I had my cellphone bag to hold my cellphone and while I was playing Laser Tron the little string that was sewed on fell off and I almost lost my cellphone and all of my tokens YIKES!!!!!

Hey Hero, good for you! Your things are so cute, I'll bet you are good enough to make your own halloween costume and even some Christmas presents. Grandma will keep her eyes open for cute fabric and ship some out to you. Great Job! Mom also told me Colin got your scissors and gave himself a little hair cut, opps,lol. Miss ya tons, oxox!