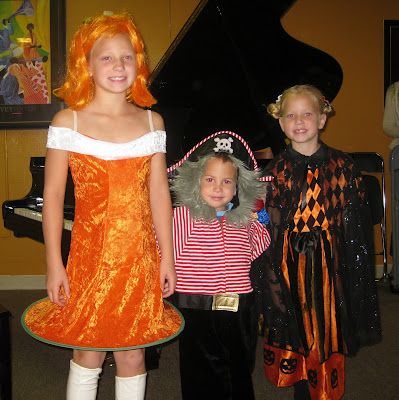 It's a crazy time of year as far as piano lessons are concerned. The Halloween recital was Ian's first and it was especially cute since he played dressed up as a pirate. He did great (although he did need some prompting to play the repeat LOL). The girls did fine as well, playing both their Halloween pieces and their Sonatinas. The girls also just finished up the annual Hymn Festival, both of them earning Superior ratings. This weekend is the dreaded Sonatina Festival competition which has been the cause of much angst in the Fife household. It'll be nice to be done and move on to the less stressful Christmas songs.