Halloween is one of those holidays I'm lukewarm about (sort of like Easter - not the biblical aspect of it, but the secular side).  For my family, we keep it light and positive.  We focus on the harvest and community aspects of it.  But I can say that unequivocally that I love the dressing up portion of it!  It's so fun to get to be a different "version" of yourself for one night of the year.  This was Allegra's last year trick-or-treating.  Next year she will join Hero as a candy-hander-outer (yes, that's a real word in my dictionary).  Allegra wore her Harry Potter robes from her trip to Florida in the summer with Nana, Hero, and Oriana.  Ian was Link from Zelda, Colin was a Skylander (the costume was a bit small - that's what I get for waiting until the week of Halloween to get a costume - have I mentioned that I LOATHE spending money on non-historical costumes?), Cecily was Belle (in a fabulous costume that was purchased at Disneyland for Allegra back in 2004, and will go into my bin of costumes I will save for my future grandkids), and Elle was Snow White (an old Disney Store costume from when Hero and Allegra were little).  The night was balmy and the mood was fun.  It really was what I want Halloween to be: lowkey, happy, family-oriented. 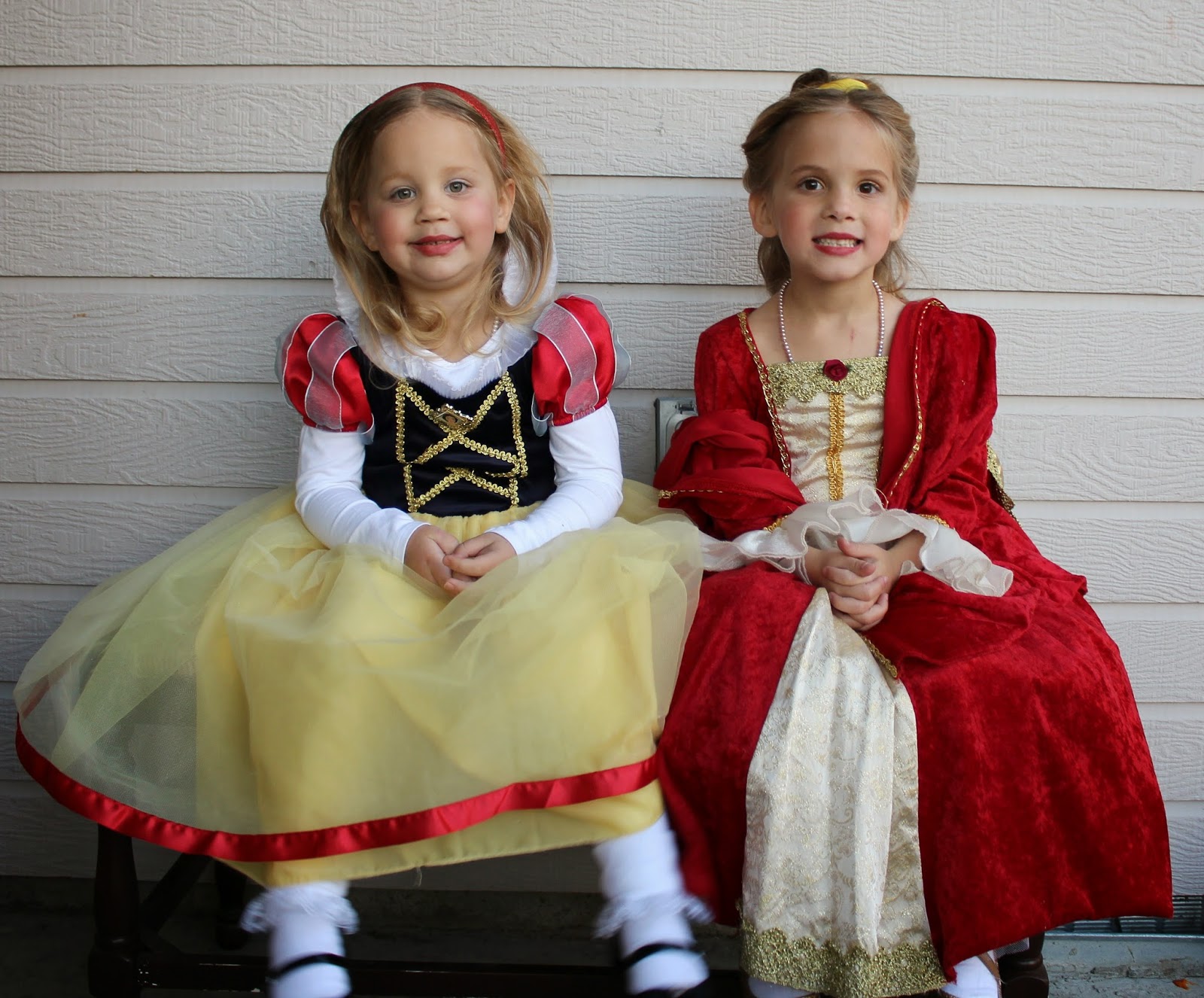 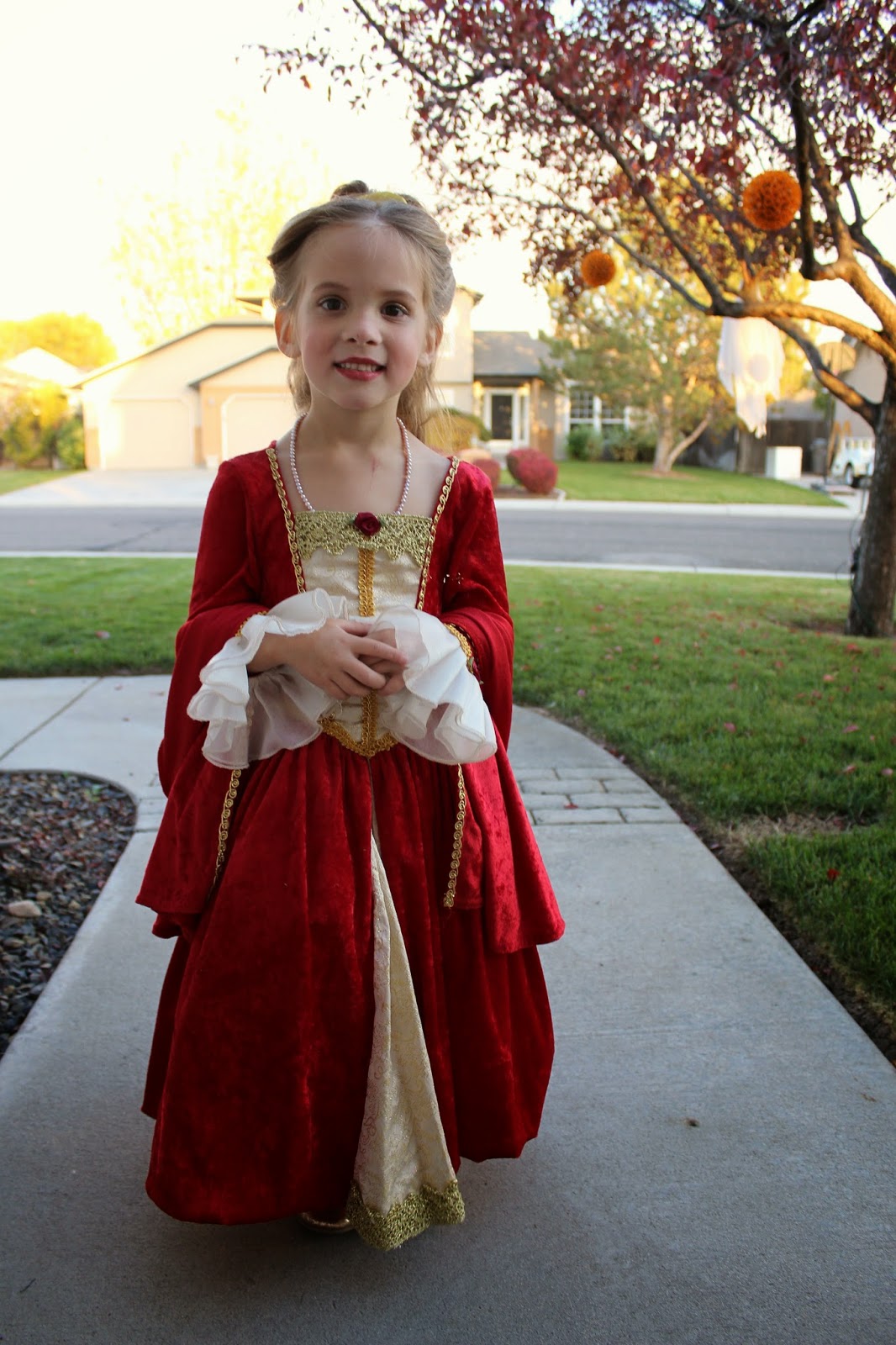 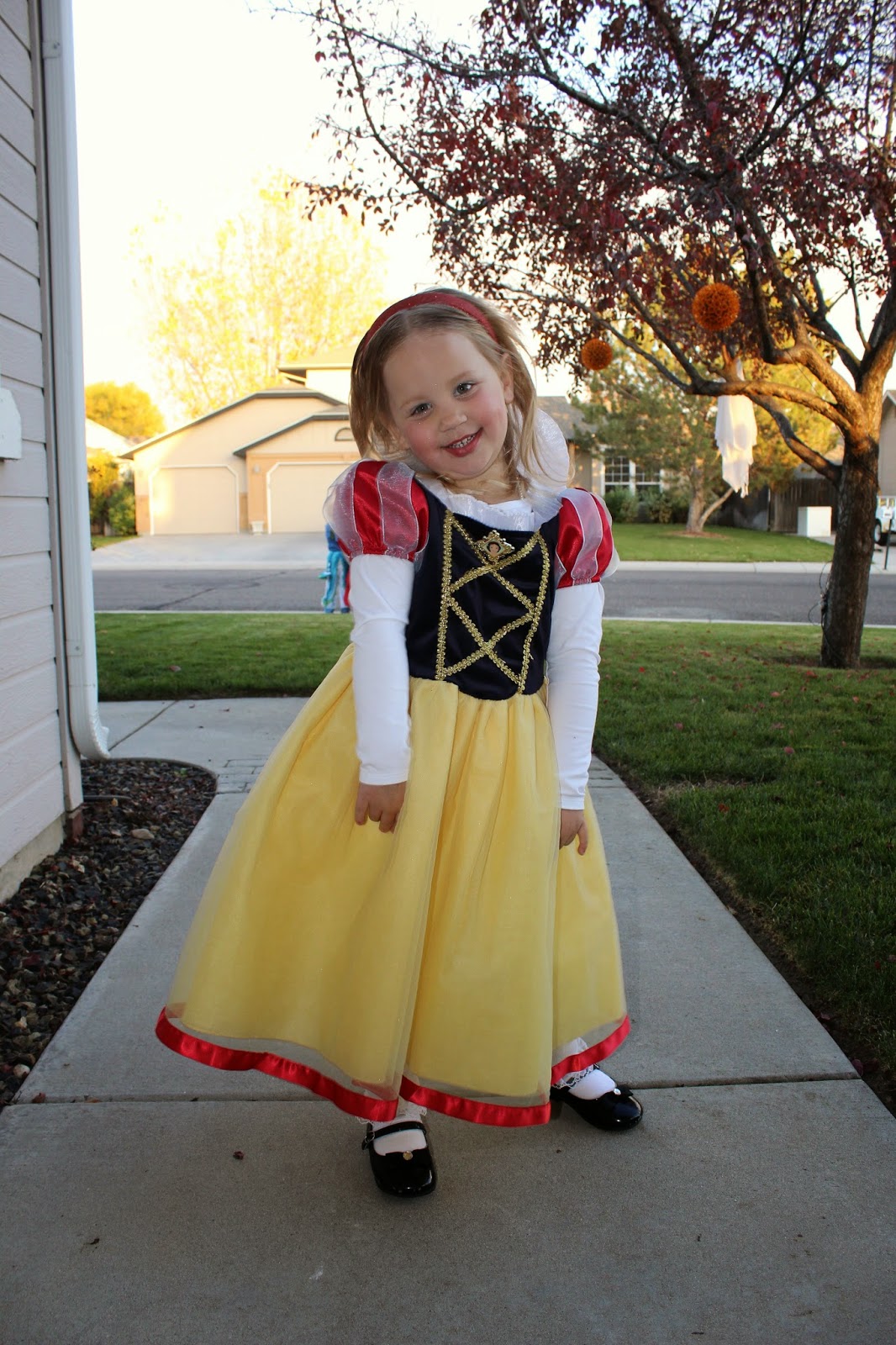 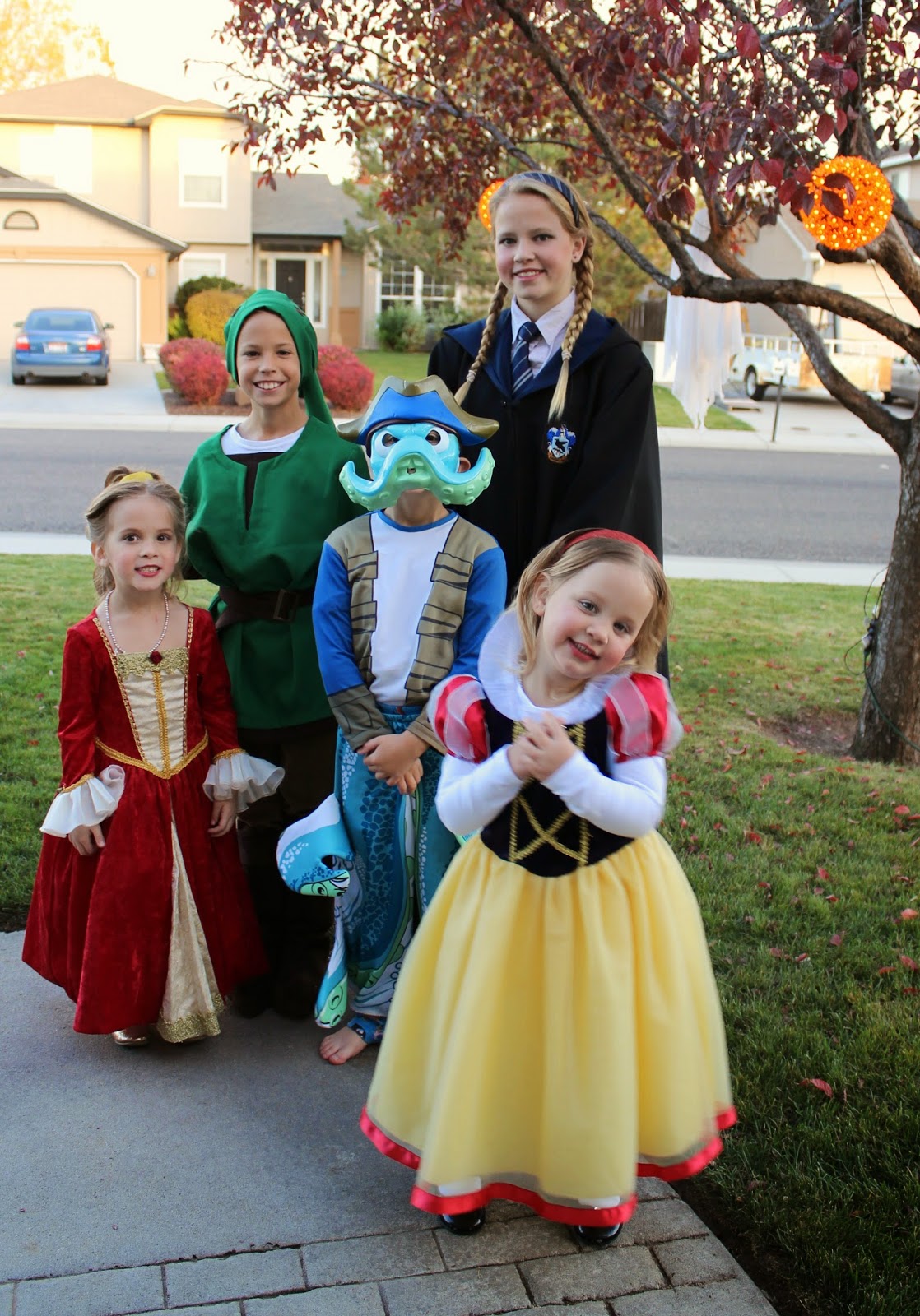 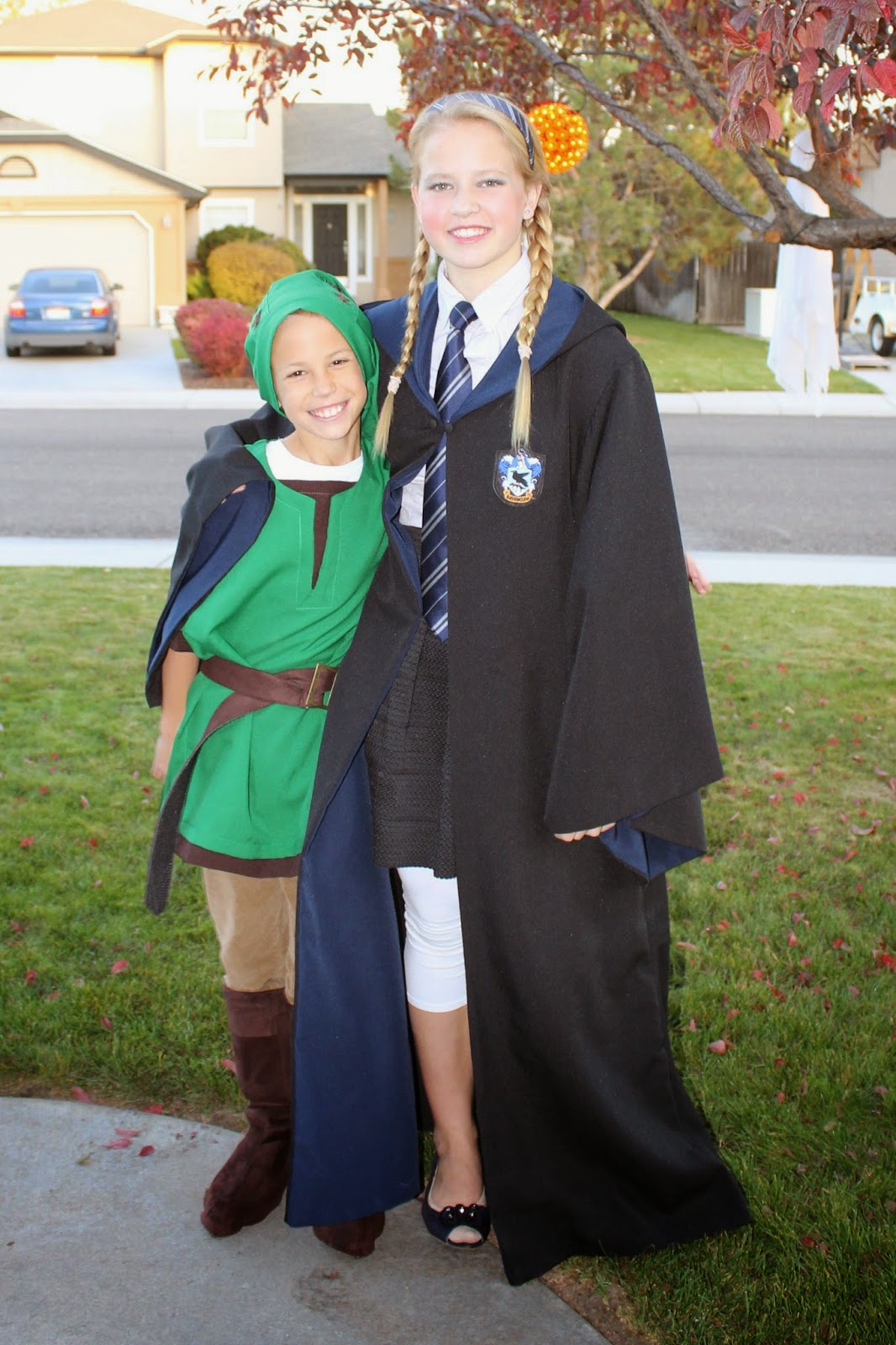 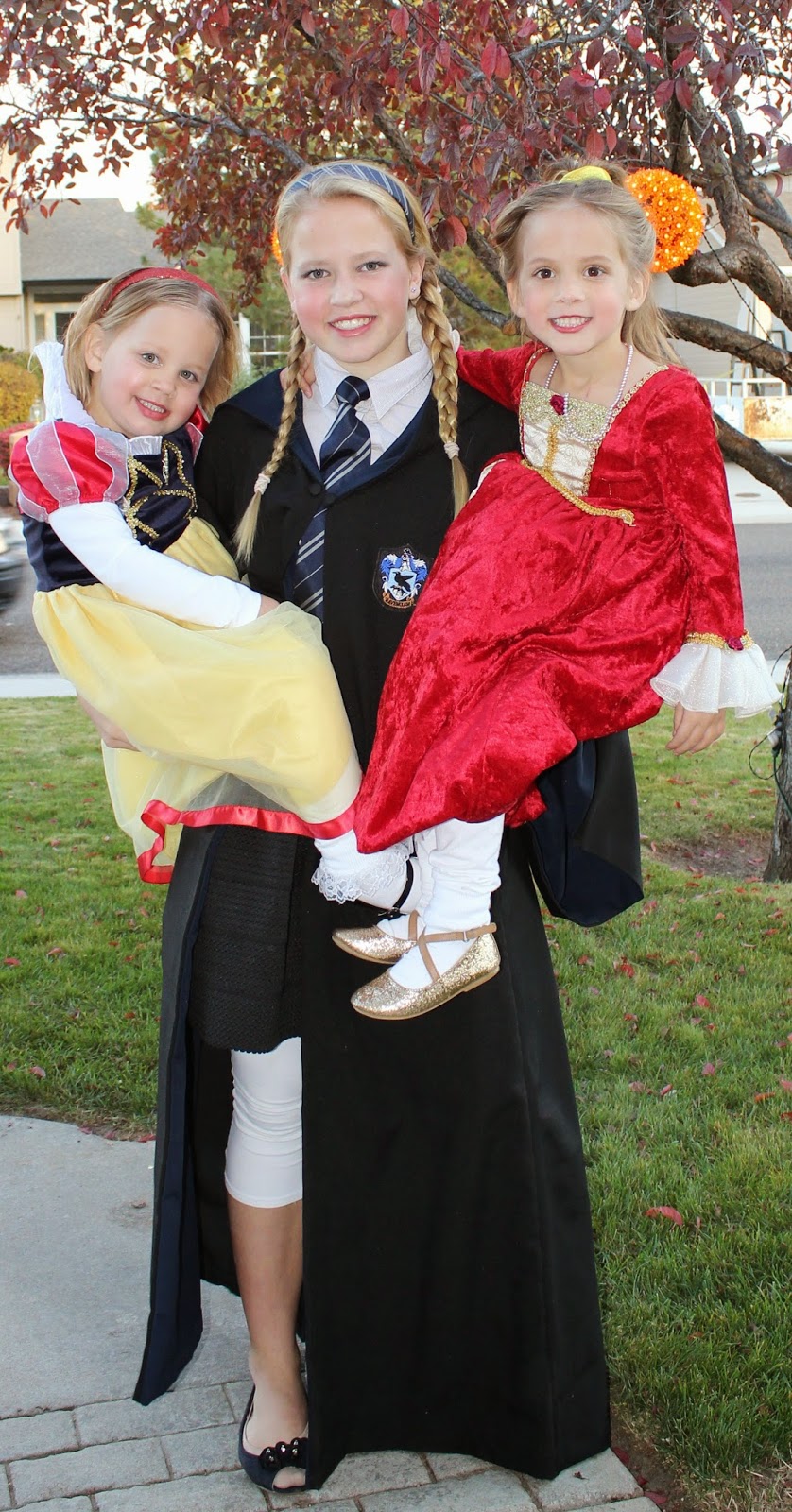 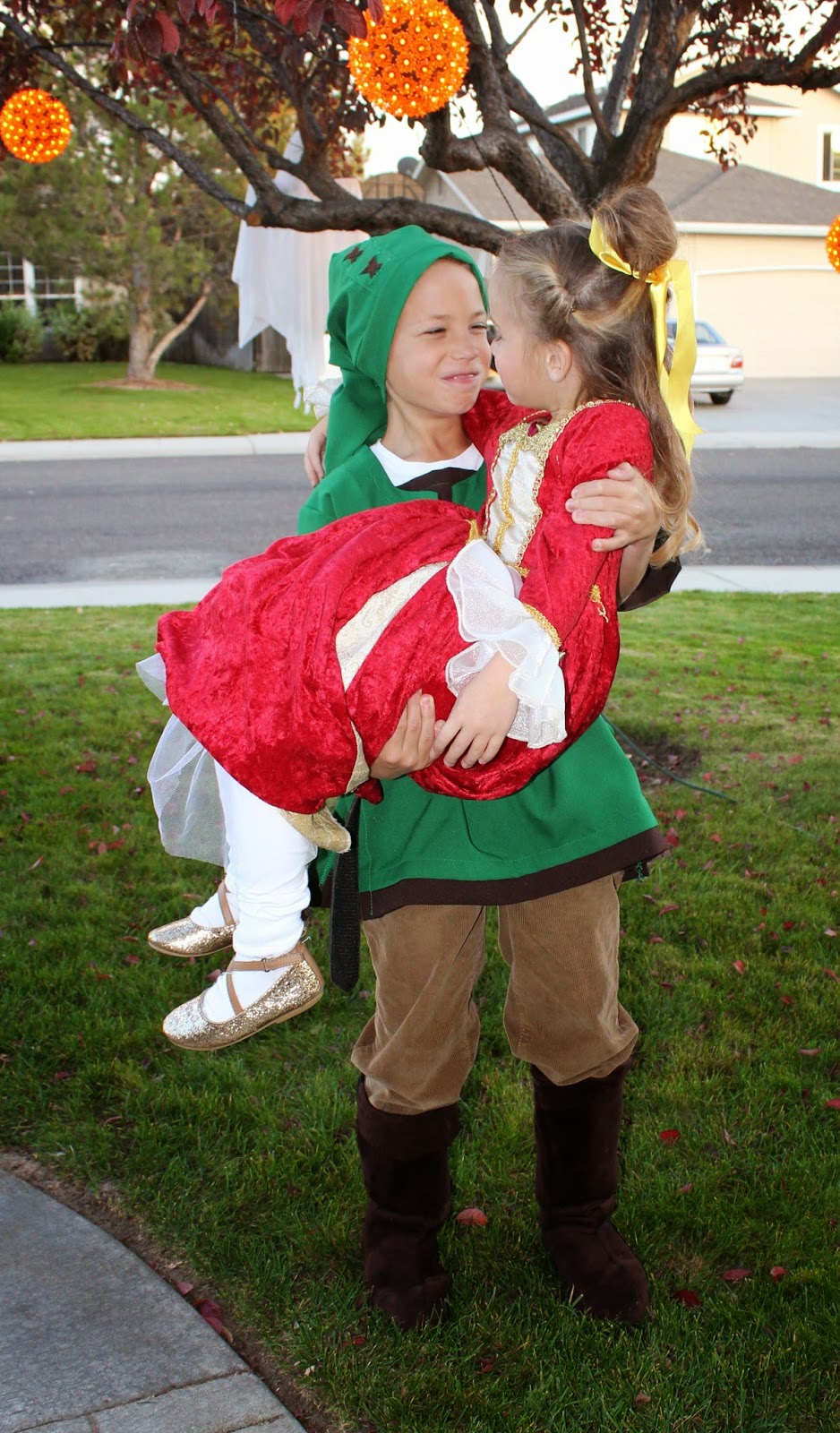 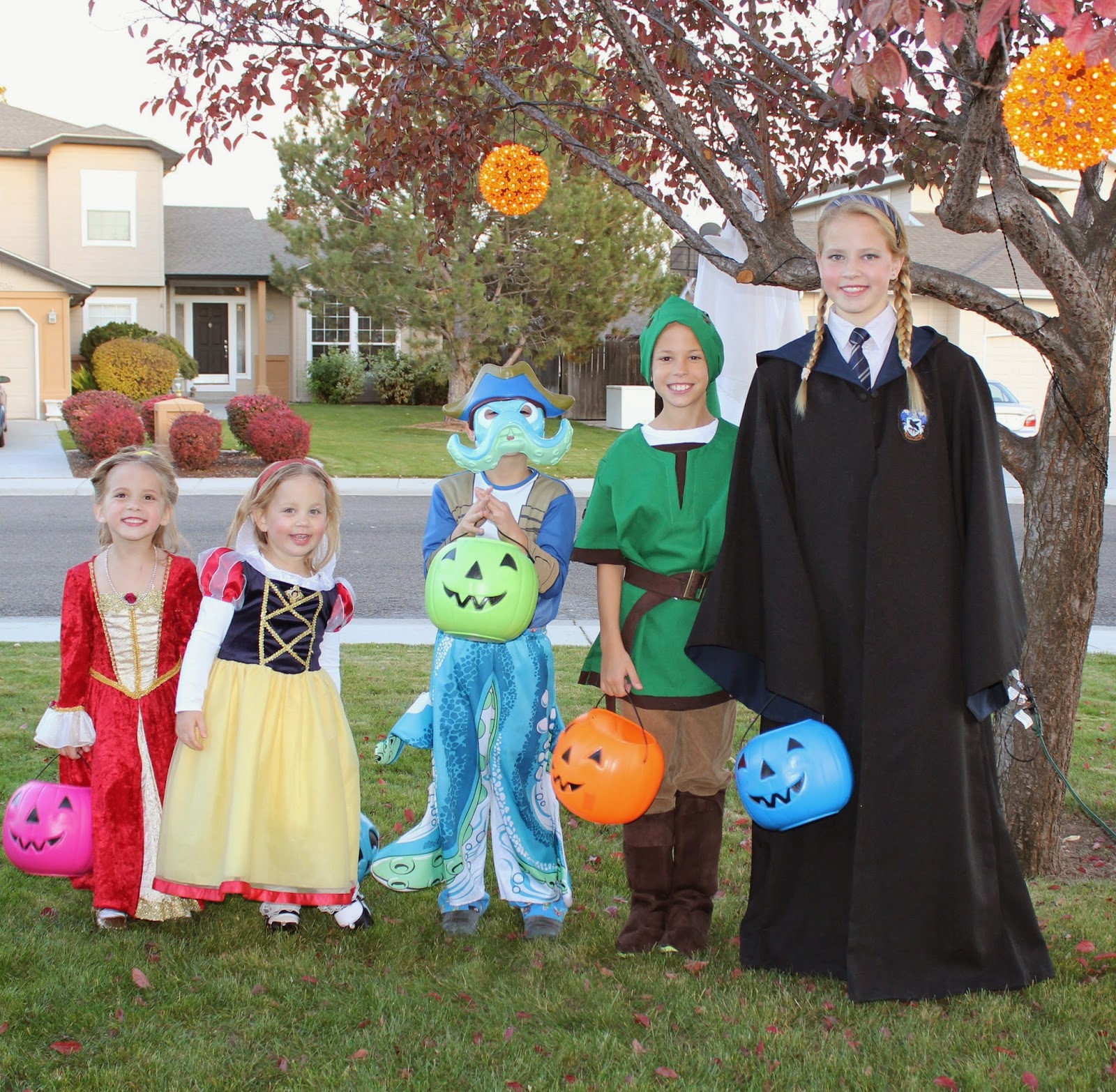