Oops, I originally titled the post Cecily Turns 5!  Indeed it seems like she's years beyond her age, because she's so very grown up.  As opposed to Elle, who has a baby face, Cecily looks like a miniature adult.  And she's also a bit of a character as well.  Happy (late, since it happened in May) 4th birthday to my little Emerald! 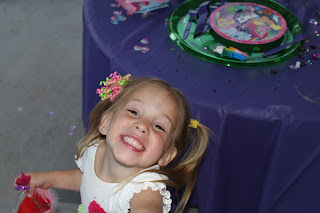 She insisted on a My Little Pony Party 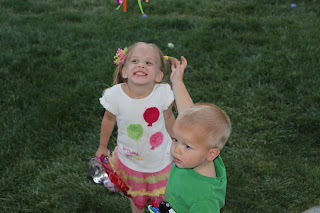 We celebrated with a backyard barbeque with family, including cousin Landon 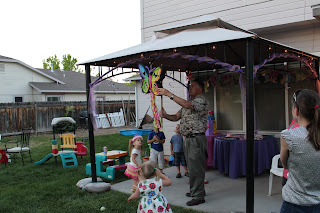 Pinata time - only a butterfly would do, despite the fact that Mom tried to steer her towards a pony one in keeping with the theme.  Ah well...