To the Thanksgiving Snobs 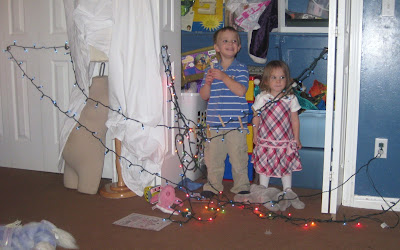 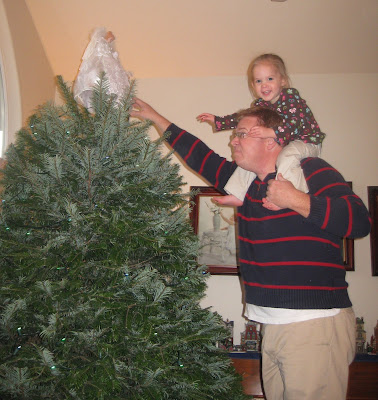 I'm one of "those" people. I decorate my house for Christmas, at least partially, before Thanksgiving. It doesn't mean I'm an ingrate. It doesn't mean I don't like simple, non-consumerist holidays. It's a matter of logistics., I don't have Thanksgiving at my house, ever. That holiday is the sole province of the in-laws. Which is totally fine by me. Until I have a bigger kitchen and double ovens, I have no desire to juggle the Thanksgiving feast. But, because it's never been my thing, I have no Thanksgiving decorations. So, when it's time to put away the Halloween stuff, out comes the Christmas stuff. It's a long process, and I try to split it up a few bins at a time. The Christmas trees went up the weekend after Thanksgiving, so at least that's something for you early-Christmas haters ;-P. The kids "help" with the decorations, but the end result is highly suspect, as you can see by the first picture.

LOL! Looks like your kids are good helpers! :) I don't have many Thanksgiving decorations either...I prefer to spend my money on Christmas decorations!

I think that Colin and Cecily's decorations are the best! I don't know what you are talking about mommy...lol!