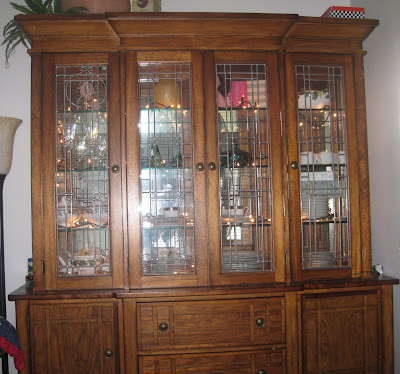 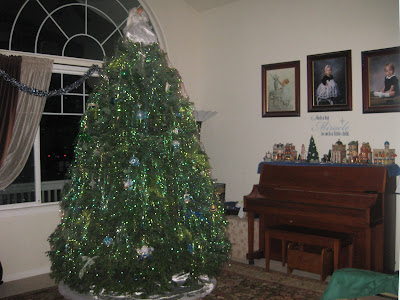 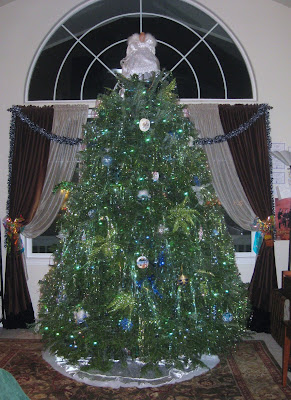 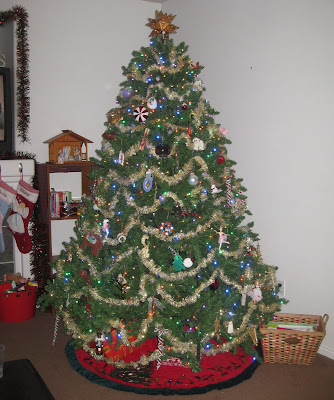 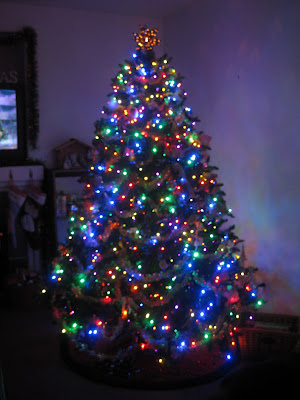 I love Christmas decorations. The tackier the better, imo. Usually I like to play the elegant, tasteful, sophisticated card, but not for Christmas. Christmas, especially when you have kids, is time for the kitschy and cute. And so I have a fiber optic snowman, LED stars, a Packers Santa flag, and a stuffed moose with jingle bells on his antlers, amongst lots of other junktastic stuff. My rationalization is that I've got a boatload of kids, so they can each take a few of their favorites (which, by that point, will have sentimental value to outdo the cheese factor) with them as they start their own houses. I put out my Christmas china in the hutch, and lit that - I usually forget to put lights in my hutch, but because of all the glass and mirrors it's actually super pretty. Hero set up my Christmas in the City village (and this year, I'm the one that broke a piece) on the piano - she's been promised that when I'm old just because she puts in all the work of setting it up. The artificial tree is in the living room and is loaded to the gills with assorted ornaments and gold garland. My Caribbean-themed tree is in the living room. This year we opted for a Grand Fir instead of a Noble, just because I fell in love with this particular tree on the lot. It's not as tall as we usually go for, but it is so incredibly full and gorgeously shaped. We lasted all of three days watering it, so now it's officially on the look-but-don't-touch list. The outdoor lighting/decorating is still a work in progress, but the final touches (cords and grapevine deer) should be up and running tonight.